Rebecca Piffard came to faith in Jesus as a young child. Born and raised in La Mesa and El Cajon, she graduated from Grossmont High School. She received her Bachelor’s degree in Art from Humboldt State University and was a graphic designer for more than 30 years before joining the Trinity Church staff.

Rebecca feels privileged to serve God at Trinity Church. As Communications Director, Rebecca brings her love of writing and editing, graphic design, and God’s people together. When she is not working at the church, you can find Rebecca living life with a couple of Syrian newcomer families or studying and writing to further the Gospel among Muslims.

She has been a member of Trinity Church since 2004. 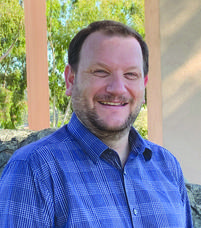 Rebecca Casey has been our Financial Administrator since June 2013. She works with the Finance Committee and the Pastor to support Trinity Church in accounting, payroll, budget, and contract issues.

Patty Mason was born in Ventura, California and grew up in Phoenix, Arizona most of her life. She came to know the Lord as a teenager and became involved in Young Life through her high school years. She moved to San Diego in 1988 to enjoy the beach and further her career as a legal secretary. She has had several opportunities to work as a secretary receptionist in legal and healthcare fields throughout the years.

Patty met her husband, Bob, in 1988 and they were married in 1990. Bob is originally from Michigan, and is a chiropractor in La Mesa. She became familiar with Trinity Church after her son, Wes attended TCS from first through third grade. She loved the sweet atmosphere of the campus and met many wonderful parents and staff.

She is most blessed while serving, greeting, and helping others at work or as a volunteer.

Brent was born and raised in the San Diego area. Brent grew up in churches and gave his life to the Lord while in college. He graduated with his bachelor’s degree in Criminal Justice from CSU Long Beach. Brent worked in both San Diego and Escondido Police Departments in their records divisions.

Brent felt God’s desire for him to move into ministry after college. This calling has led him into serving in children’s, youth, and young adult ministry since 2002, in churches all around San Diego County. He graduated from Bethel Seminary with his Masters of Divinity in 2011. Brent was ordained into the PC(USA) in 2020.

Brent has been married to his wife, Lydia, since 2012, and they have two daughters, Emmalyn and Anna. In his spare time, Brent loves reading, watching movies, and playing board games. 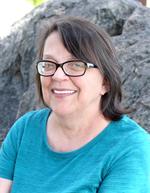 Coming from a musical family, Shirley Woodson started piano at age six, organ as a teenager, and majored in organ performance. Burned out from music and leaving the church while living in Hawaii, she quit playing for more than ten years.

Coming home to San Diego, through God’s intervention, Shirley took an organ job at Northminster Presbyterian Church when her cousin retired. During her 10 years playing there, God took hold of her life. She left Northminster for a two-year break from music. God again intervened, bringing her to Trinity Church when her boss’s wife wanted to retire to follow her son’s baseball career.
She began playing on January 1, 1997, and continues to be an active member of Trinity Church. 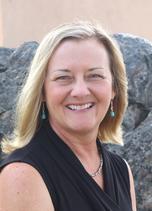 Steven Lee went from manufacturing in the 1980s to working with the California Department of Forestry and the U.S. Forest Service, doing timber stand improvement and fire fighting for four seasons. After moving back to San Diego in the 1990s, he put his tree-climbing and chain saw skills to work doing power line clearance for SDG&E and Edison power companies.

In 2000 Steven had a heart attack. Soon after, he went into facilities maintenance and construction contracting for a North County church. While there, he worked doing simple repairs to overseeing major construction projects, room remodels, and renovations. He holds a general contractor license along with certifications in HVAC/refrigeration handling and building operator.

Steven enjoys traveling with his wife. He has been on several trips to Alaska. His travels have included a Panama Canal cruise, and in 2019 he traveled to Italy, Greece, and Monaco (Monte Carlo). Being a race car buff, Steve collects and races slot cars. 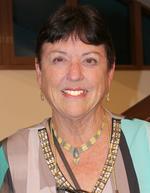 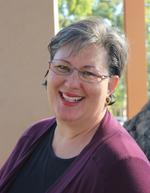